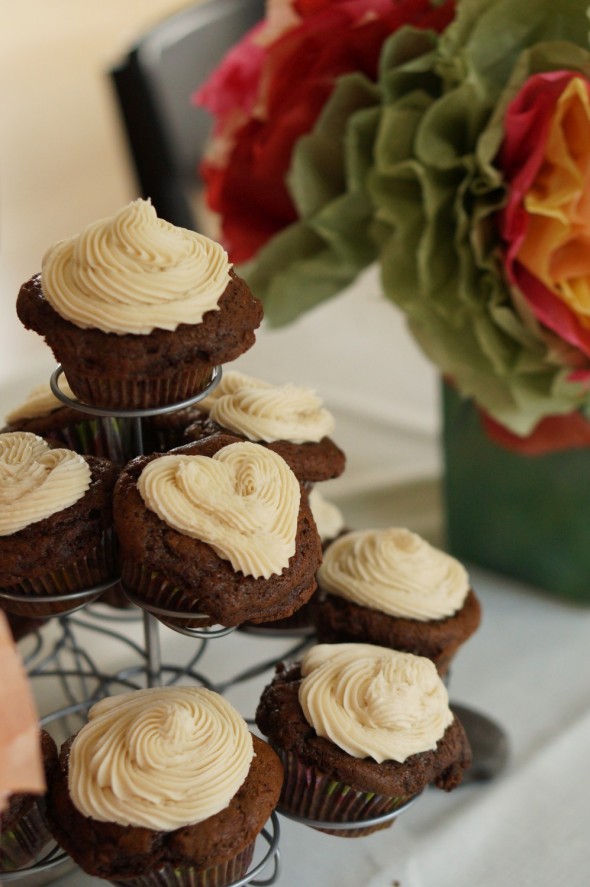 Our daughter turns 3 tomorrow and her birthday party this weekend was a good excuse to add Vegan Cupcakes Take Over the World to our 52 cookbooks list. Darlene made Gingerbread Cupcakes with Vegan Fluffy Buttercream Frosting. Our non-vegan brother-in-law said they were the best cupcakes he’s ever had. There are other vegan cupcake recipes out there but since this book came out I don’t think we’ve ever turned anywhere else for a cupcake recipe because this book has it all.